I wouldn't want anyone to think we are "giving up" on our dreams. Sometimes dreams evolve. Sometimes other things become important. We could have taken one of the options our fertility doctor was offering. Admittedly, the chances of ending up with a child were low. But the chance was there. We could have put our bodies and our hearts and our relationship and our daughter and our bank account through that. But there are costs to doing that and I don't mean the money. Knowing myself, and what I need to be healthy and happy, I have considered those costs. I am worn out with considering them. Parenthood is a burden of love, but a burden nonetheless. I think people whose children die before them, at any age from any cause, know this in the fullest way possible.

When you need fertility treatments and you don't end up with a baby, people think you probably didn't want it badly enough, or maybe if you just relaxed it would happen, or why don't you try to appreciate the child you do have, or maybe you should "just adopt" or any of the myriad other hurtful things people say. We live in a culture that says if you just try hard enough, if you want something badly enough, you will have whatever you want. Especially if it was meant to be.

If babies grew on trees, we would definitely google that orchard and be having that conversation. But they don't so we're having this one. And I think the path we have followed, the way we explored all our options, had those difficult conversations, challenged our own thinking and feelings about why we were trying to have another baby, was definitely worth where we are today. I still don't have complete peace of mind but that's because one of my children is dead. I do think I have more peace of mind than I would have if I had continued to believe we need to add another child to our family. I feel I have a greater chance of true peace, of having a fulfilling life, on the path I'm on now.

I want to do more than survive the death of my baby. I want to thrive. The tools exist inside me. I need to stop giving attention, energy, resources to external distractions. For many people whose babies were stillborn, the desire for another baby is not a distraction, it is what they want and need to do for their own happiness and they should be supported on that journey. What I need is to keep surviving, hoping, learning and growing. 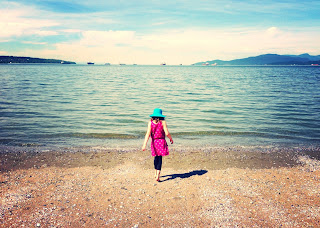