Just saw photos from the annual Vancouver zombie walk in the news. I don't know what I was thinking. I should know better by now. There was a woman, dressed as a nurse, big fat smile on her face, holding a sign that said "Call the Midwife" (a tv show I never have and never will watch) and holding a doll of a bloody baby dangling upside down from an umbilical cord. I am feeling an intense rage that some people can find that funny, that my little boy's death, my tragic life-changing experience and the experiences of so many people I now know, can be someone else's good time. Thank goodness our family was nowhere near that event, that our daughter didn't have to see that, that we didn't have to see that. To me, these acts are not harmless fun. And it's actually less about protecting ourselves from these images than the link I can make between them and my son's stillbirth.

People have an extreme fear of death. I know this, and have felt it myself, though my son has experienced it before me and that gives me courage. People don't want to think about the inherent sadness of life, the permanence of death. Who can blame them? But then you miss out on the progression of these ideas - that death is a strange gift that no one wants, but that has the potential to enrich our lives in a meaningful way. Not the death of babies, no, that should never, ever happen. But the thing that makes our lives so incredibly special is the fact that it ends. People don't want to think about that because it's hard. I know how hard it can be. And there is a belief that we are only here on this planet to Be Happy! and Have Fun! And so there is a war on sadness, and the sacredness of life and death are turned into a big joke. Death is depicted in its most grotesque forms, but most people don't actually talk about it.  They steer clear of their friends who are dealing with the death of a loved one instead of trying to compassionately share the burden. They send their dying friends Get Well cards instead of having loving exchanges while they can. They avoid thinking about their parent who died when they were young. They stop thinking and talking about people they cared about who have died. That is truly a loss.

I often think that silence killed my son. A conspiracy of silence so entrenched that it didn't even occur to my highly educated and experienced doctor that my baby could die at 38 weeks of low-risk, uneventful pregnancy. People like the woman in that photo think they are laughing in the face of death, that they are being brave and that it makes them "stronger". After three years of learning to live with my baby's death, I truly believe that it is acknowledging the sadness, admitting the fear, getting familiar with that feeling of vulnerability (can't quite bring myself to say "embracing" it), that gives us true strength, that allows us to live meaningful lives, and feel deep gratitude and joy.

Right now, I am not joyful, nor grateful. I'm just angry. Once the anger subsides a bit, I will feel the searing pain, and the shock all over again, that he is not here with us. And the vulnerability. Anyone we love can be taken from us at any time. Where is the strength, the gratitude, the joy? Not here. Not yet. But before all that, there is hope. Despite everything, I have not lost a sense of hope. Sometimes it's very, very tiny, like now, so tiny that I don't actually feel it. But I do know it's there. Pretty amazing. 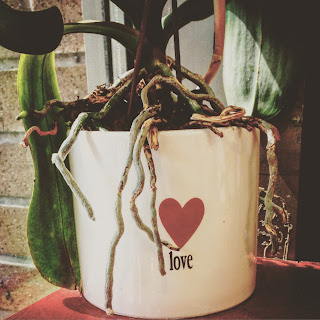