I haven't blogged much lately because so many thing are happening so fast. A few weeks ago I decided to do a pregnancy test (this is where all my unwritten blog posts about infertility should be linked) and to my complete surprise, it was positive. My first thought was - a faulty test! So I did two more. In the days following I would wake up and do tests until I thought ok, enough. Appointments were booked. Tentative, small plans were made. Not for bringing a baby home, but for a potential pregnancy. I found myself able to participate more in the community. The library, ballet class were not as torturous as usual. I attended a child's birthday party. I sat with friends and acquaintances at a busy café and didn't feel like running out of there. I thought, maybe, maybe I can re-enter this world that I was kicked out of when Toren died. It was like a strange magic that I tried not to judge too much, just experience. Friends got excited, bereaved friends cautiously so. If I was not exactly hopeful, I was definitely hoping. Things can change so fast.

And then they change again.

Yesterday morning the bleeding started. I felt panicky and distraught. Friends shared with me their stories of bleeding throughout their successful pregnancies and that this does not necessarily mean it's over. I never had any bleeding during any of my three previous pregnancies, not even for my miscarriage, so this is all new territory for me. As the day wore on, things continued steadily but I clung on to hope. Today, there is no change except for now there is some very mild cramping. I will call my doctor on Monday. A friend (with unfortunately lots of experience with miscarriages) suggested I go to the ER so they can confirm whether this is in fact a miscarriage. I decided against it because it would just be too harsh for me. This is a gentler, more peaceful way to go, whatever the outcome.

Obviously I am upset. Peter is upset though he hides it better than I do. We are still in wait and see mode but it's not looking good. We did tell our daughter the good news when we first found out. I was only about 5 weeks along but after much discussion, we decided that she should know what is going on with our family. She should feel the joy and excitement of good news, and share in the sadness when it's not so good. When something sad happens in our family, she is supposed to feel sad about it. She is entitled to her sadness just as we are entitled to ours. I don't know if she fully understands what is happening now but we've tried to explain. She has seen me cry and is trying to comfort me and I think this might be distracting her from her own feelings about it. She does sense things before we explain them, and it's better for her to hear it from us than from other people, or make up her own ego-centric story about it. Little kids take credit for things, and they also take blame.

Tomorrow is Mothers Day. I had already decided weeks ago that we would skip it this year. She is not in school and therefore is not having it forced on her. I am incredibly lucky that I get to celebrate being her mother every single day that we are both alive. Being Toren's mother has been such a struggle for me, the most difficult thing I've ever endured. I need to honour that on my own terms, in my own way. Although Mothers Day was started with good intentions, it has become more of a forced happiness occasion where no space is made for bereaved mothers, those grieving their mothers, those who did not get the nurturing, loving mother they deserve and those who have been unable to conceive a much-wanted child. I'm probably leaving people out of that list but generally, people for whom "motherhood" is not something easily celebrated at a brunch.

The last week or two have been tragic for two families that we know. I think about them constantly. I can't imagine facing what they are facing. Tears for us, tears for them. Sometimes I feel like I will drift away on a sea of tears.

I didn't leave the apartment yesterday and I probably won't today. Tomorrow, if I'm physically able, we will take a drive somewhere, and spend some time in nature. 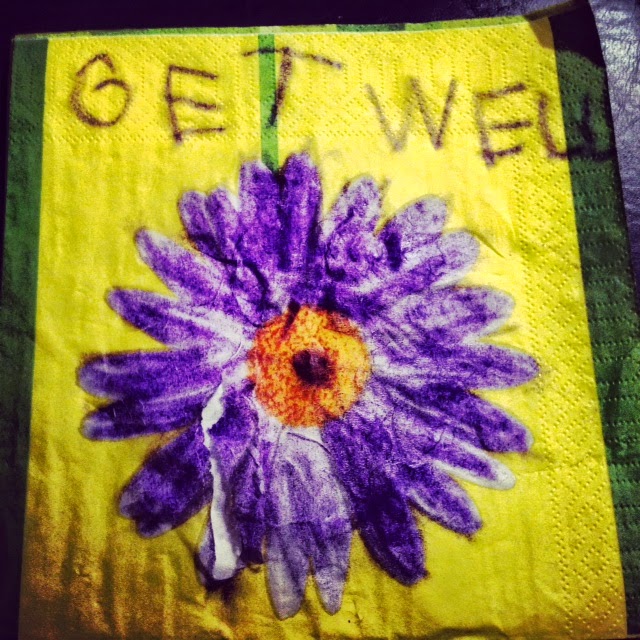