Not long ago I took up knitting. I'd like to one day make blankets for stillborn babies. It's a vague plan and I'm mostly just content to learn to knit. In his photos, Toren is wrapped in very ugly blankets. They're clearly hospital blankets. They're green and yellow. Not even blue. I have heard of stillborn babies being reduced to genderlessness by hospital staff. Someone did it to Toren in the weeks following his birth. "It". Not "he". It hurt me deeply on his behalf. Probably Toren's blankets were just what was available at the time and in the grand scheme of things, it's not a big deal. But he deserved soft, hand-knitted blankets - blue ones - as much as any other newborn baby. Maybe more so. That was his one opportunity to be pampered and be treated like the treasured newborn baby boy that he was.

I've been stuck at home since Friday (except for a drive on Sunday) and during that time I've been doing lots of knitting. I started a pink blanket with some very finicky yarn indeed. I don't pay close attention when I knit and the yarn kept getting into knots and the result was a hand-crafted disaster. I kept referring to it as the World's Worst Blanket. After one and a half balls of this nonsense, I decided to undo it and start over. It's the right thing to do and it feels good to finally be doing it.

After writing what I wrote yesterday, I got tearful and felt pretty fragile for the rest of the day. As the lab technician took my vial of blood, I thought - the answer is in there. But actually it's in tomorrow's blood sample too. They need to compare them. My doctor should have the results by Thursday. After what my body has been through in the last couple of days, I have almost no hope left of a happy outcome for this pregnancy. I am grateful that overall, it has not been too painful. I have had some uncomfortable moments but I seem to be managing fine with hot packs and Tylenol. There has also been some fear, but with support from friends, I'm getting through it.

We've been trying since our daughter was about a year old to give her a sibling. She'll be 6 this summer. For the last year and a half, we've been trying to give her a living sibling. We do have fertility issues but those have been addressed relatively easily compared to what many people have to go through. I take a pill, it regulates my cycle, we conceive naturally. After Toren was born, we couldn't even talk about it for a year. Trying to conceive - or "ttc" on the online support forums. I was just too afraid. And then hope, and a chance at love and joy, made us decide to keep trying. Just recently I had been thinking, maybe that ship has sailed and we need to start accepting our family as it is. And then it happened. And now this is happening.

There is a great push for the replacement child when you have a stillborn baby. It's an awful idea - that anybody can be replaced - but that is the messaging out there. The so-called "rainbow baby". A rainbow after the storm. I have felt like everyone is secretly just waiting for me to have another baby. Then they can focus on a new baby and forget about the one who died. People who take no part in our grief think they are entitled to ask if we're going to have another baby. The world does not understand about the Toren-shaped hole in our hearts that can never be filled. If we were lucky enough to be able to have another baby, that child would rightly belong here as much as anyone else. He or she would just be their own little wonderful person. Joy alongside the joy of our daughter, joy alongside the sadness of losing our son.

This morning I woke up early and knitted for 4 hours straight (!) while Pete and our daughter slept in. I liked keeping my hands busy. I've also taken up small sewing projects. One day at the library we found a book entitled Sewing For Kids and we've been making our way through some of the projects. I do look forward to getting out again, especially now that the weather is getting warmer. But for now, I am resting. Resting my body, resting my heart. But not resting my hands. 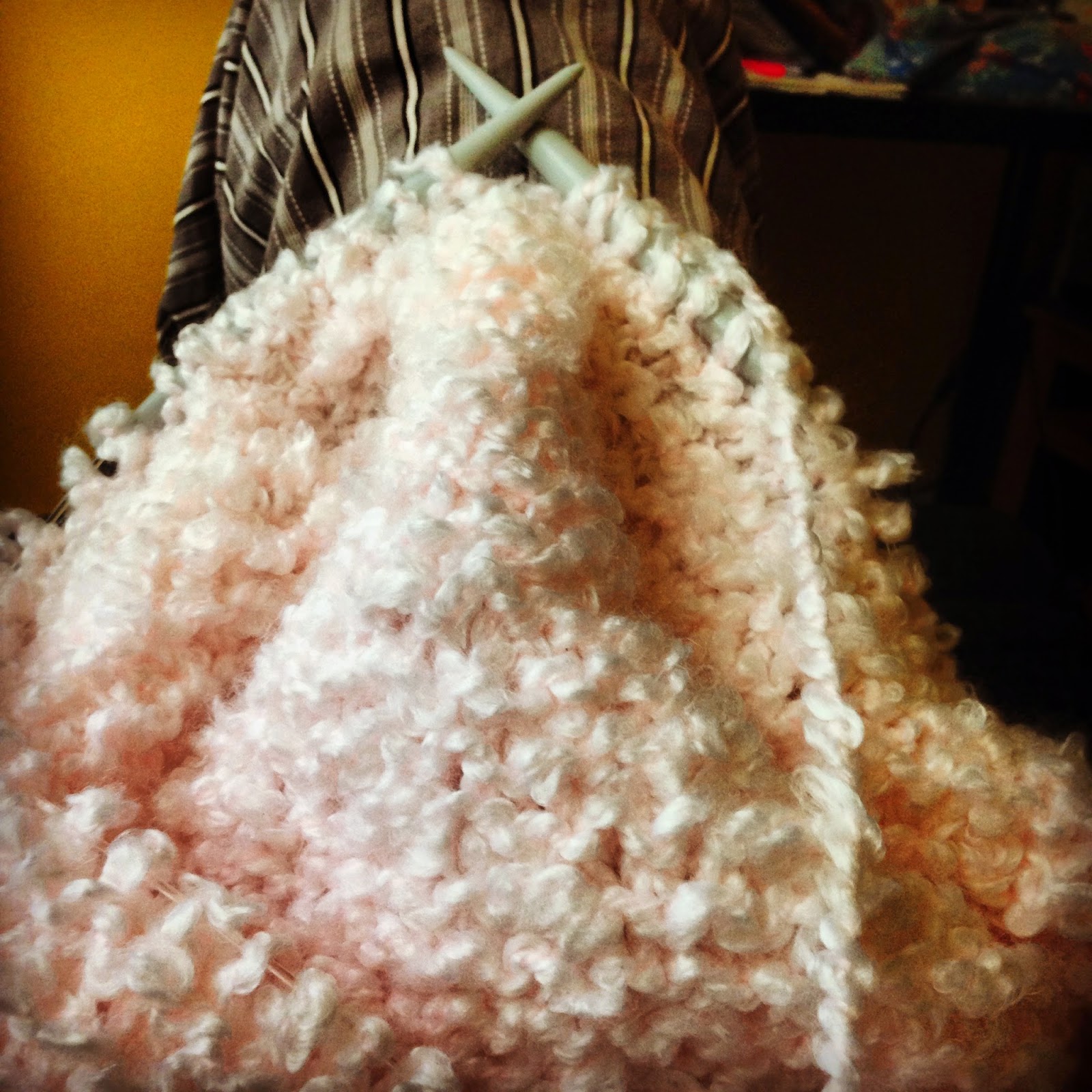 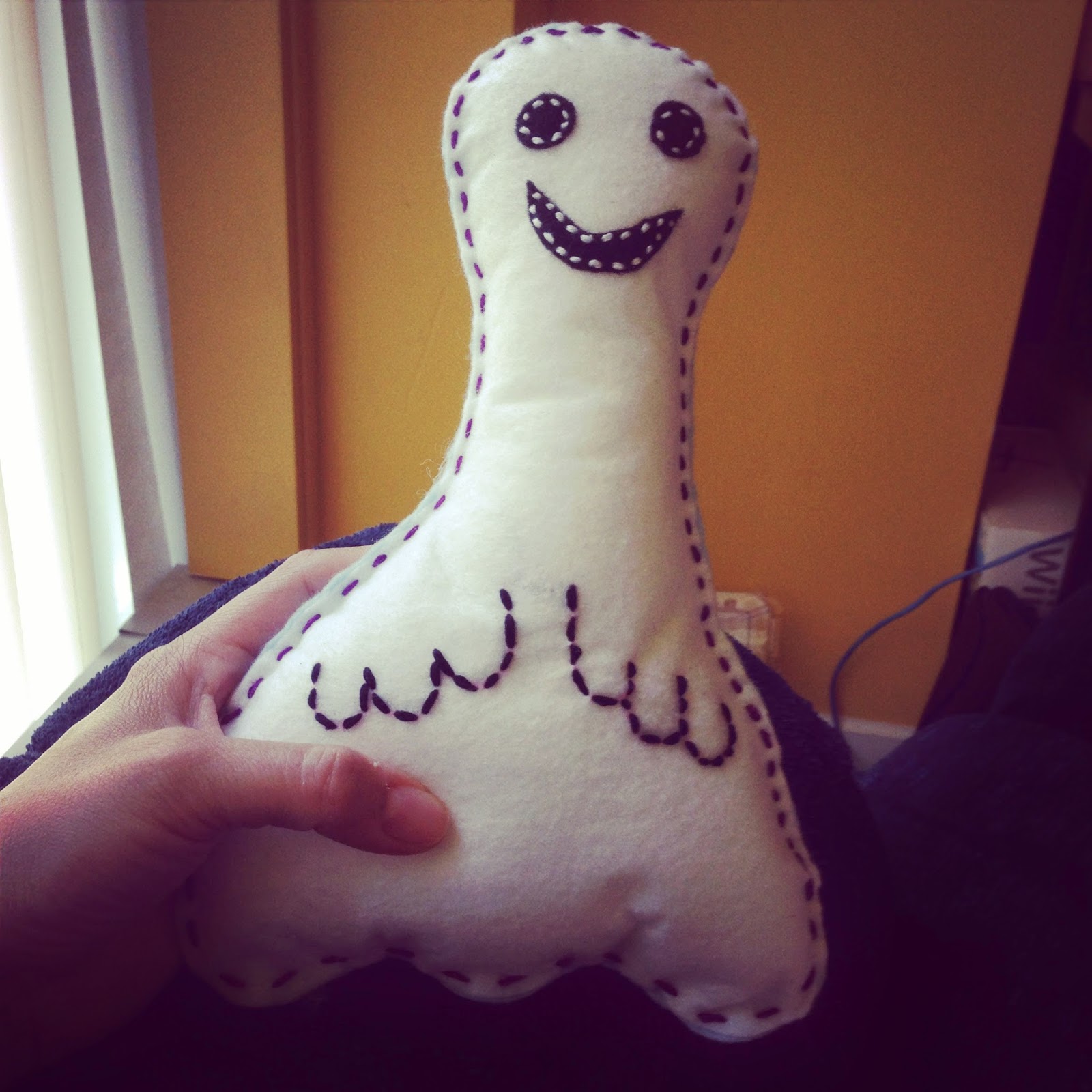 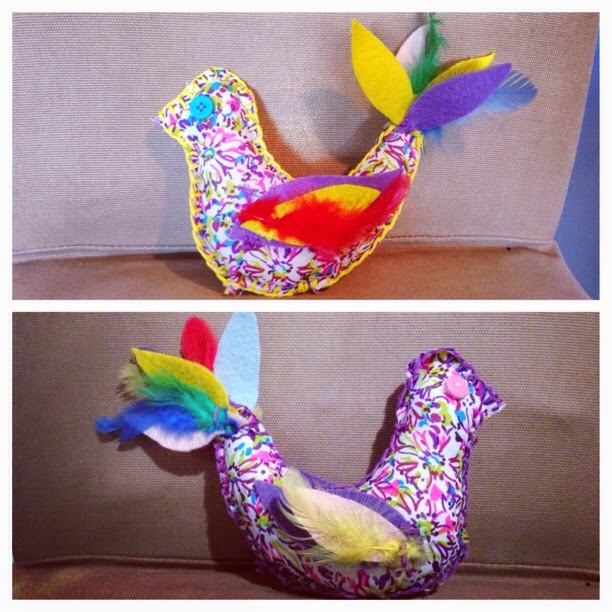