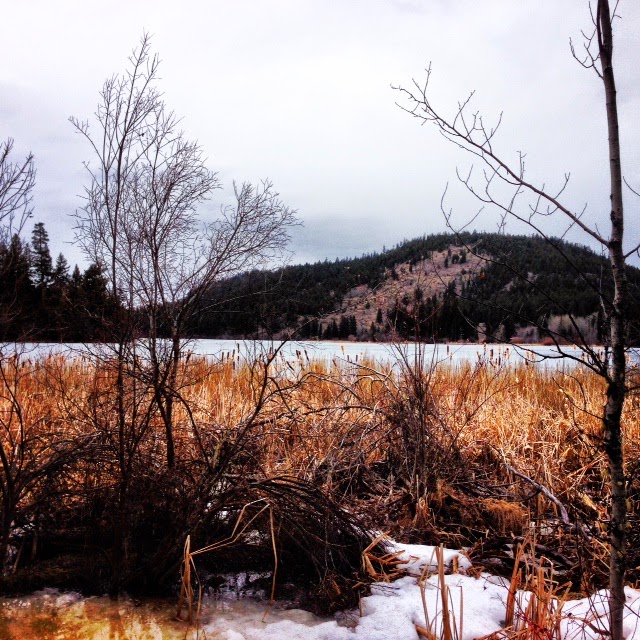 I've been awake for hours. There's so much stuff swirling around in my brain. Things I can't blog about. Complicated things. Things I don't have words for. Things I'm angry about. Things I don't want to offend people about. And so they just swirl around and around in my head with no outlet. I seem like the oversharer from hell and yet there is actually more I don't share, I don't say, I don't even want to think about. It's very isolating.

This weekend we got in the car and drove far away to a remote lake. It was a long journey, too much time in the car, but when we got there, I just wanted to stay forever. It was so peaceful. The lake was still frozen. Geese were walking along the surface of it. You don't see that too often, geese walking on top of a lake. It's kind of funny.

I wish I was just up with a sleepless two year old. But he is in the eternal sleep, never to be awoken. I'm so tired from it but I can't sleep.

People say "Life is short", but to me some days, it feels so painfully long.
Posted by Toren's mom at 05:19