Present: (v) to make (something) available to be used or considered; (obs) attentive;
(adj) not past or future, existing or happening now; (n) a gift

This past weekend I was asked to present a brief introduction to Still Life Canada's research which came out of the conference last summer. I'm not part of the group doing the research but I was there from the beginning and could provide some background on how part of the conference became a research project. Afterwards we got to hear a bit about how the researchers are analyzing this incredibly rich data, "data" being people's words about their experience of babyloss. It is hard emotional work but well worth it. This is the foundation that will inform so much of Still Life Canada's work. Exciting seems too mild a word.

Doing this kind of work always leads to a period of swirling thoughts. I've been thinking a lot about  how difficult it is to be present with people in grief. Why is that? What I'm learning from those with the experience to teach it, is that in order to truly be with someone in grief, you have to be willing to tune in to your own pain and sadness. Who wants to do that?? No one! But the people who can do it are the ones who are not afraid. I don't know if it's because they are brave, or better informed, or what. They seem to understand that experiencing their own grief and sharing the grief of others is not a threat to their happiness. The two can co-exist. As Gibran tells us about sorrow and joy in one of my favourite poems, they are inseparable. When either sorrow or joy is with us, the other is never far away. It's both sobering and a reason to hope.

When Toren first died, I was so afraid of the anger. I thought I needed to avoid it or I would become an angry, bitter person forever. This is like putting a lid on a pressure cooker and walking away. After a few months, when the lid finally blew off and the stew was on the ceiling, I was forced to ask, "What went wrong?" I'm learning that anger is an emotion like all the others. It comes, it goes. It's true that it is not always expressed in ways I'm proud of. It's messy. I'm learning to accept that anger has its role in my life. No need to be afraid of it. We are supposed to be angry when something upsetting happens. I don't need to be afraid of being "stuck" in anger. When it comes, I can choose what to do about it (including nothing) and eventually, it passes. I feel immediate relief, and hard on its heels, gratitude. Yes, gratitude. It's nothing I'm doing, it just comes. I guess I'm not fighting it anymore. As much. Not a bad deal, all things considered.

I used to hate the word "healing". It's bandied about so much that I never took the time to figure out what it meant. It seemed to be part of that pervasive messaging to "get over it". Now I'm starting to understand what healing can mean for me, in my particular situation. That's another blog post. Still figuring a lot of it out. I'll just say, anger is very much connected to healing. This brings me to a difficult Rumi quote which I learned from Dr Jo at the conference: 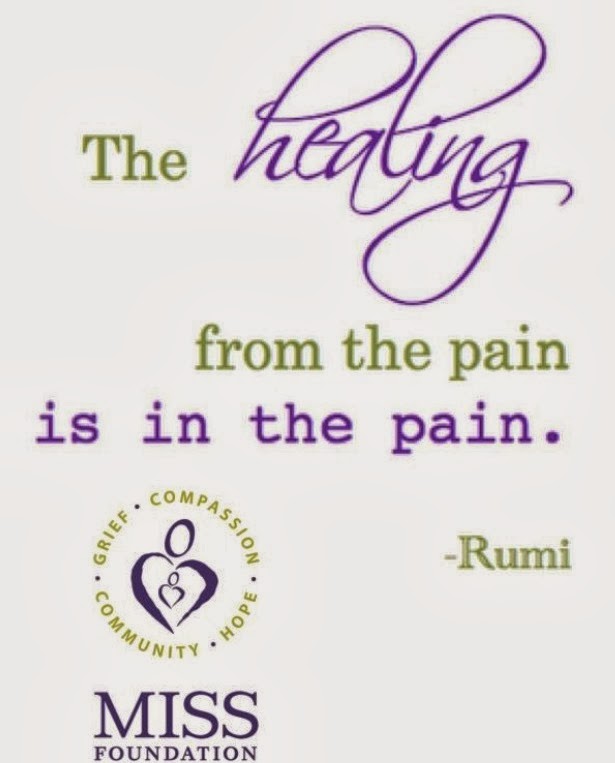 Part of me thinks, "Oh great." Another part thinks, "Bring it."