Friends sometimes tell me they're sad that they didn't get a chance to get to know Toren. For a long time I've felt the same, but now my perspective on this has started to shift. Not know him? Not so sure about that anymore. It's so amazing that friends are expressing to me their desire to know him. Normally, we don't really want to "know" someone. We say, "Where do you work?", not "What experiences have you had in your life that have marked you and changed you and forced you to transform, however reluctantly, and make you feel a weird mixture of gratitude and resentment?" Anytime someone asks a bereaved parent about their child, that is someone who is not afraid of knowing. Knowing someone or something on a deeper level. I remain in awe of that.

It does annoy me that I have to use stereotypical notions of what a baby boy is because I don't know what it's like to have a living child who is a boy. I gravitate towards toy trains, cars, superheroes, the colour blue. When I walk past a construction site (pretty easy to do in Vancouver), I think to myself, he would have been interested in that. Now he would be 21 months old. Would he be following his big sister around or doing his own thing? Would he be playing with the other little boys in our social group? I think he and his sister would have gotten along like a house afire. In support group someone said to be careful not to idealize your dead baby, and I guess by extension, the sibling relationship. Screw it, I'm doing it, it's all I've got. They would have adored each other from the get-go.

Our daughter loves her creative ballet class. She is also becoming more physical on the playground than she was when she was smaller, with more adventurous climbing and more feats of derring-do. This summer she started barreling ahead with writing and learning French. These aspects of her life interest me greatly of course, anyone can know them quite easily, but on a deeper level, I'm fascinated by who she connects with, how she makes decisions, what catches her attention, what she asks us about, what she finds the height of hilarity, how she interprets things, how she reacts and responds to events around her. I love watching her in ballet class, less as an "activity" and more as a way of expressing her Self.

Yesterday she wrote his name and said, "I think he would probably have liked ice cream." 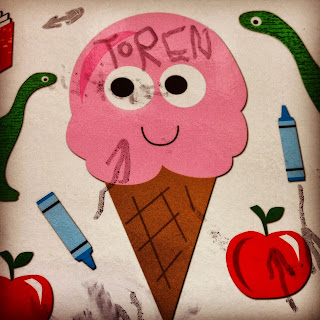 Not know him? If you have sat with our family, in both joy and grief, you know us. Maybe not completely - that's probably not possible for anyone - but a lot of the important stuff. And if you know these things about us, you know him. 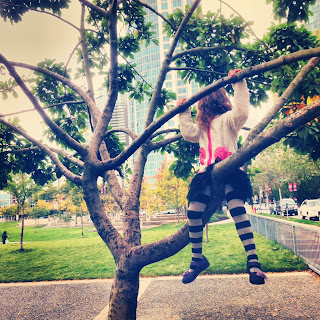