In the Kindergarten post, I wrote about how confusing it would be for our daughter if she was sometimes a big sister and sometimes an only child. It's totally normal for parents of stillborn babies to have to think about whether to mention their babies in social situations. If I didn't have her, I would probably do that. I would pick and choose when to mention Toren and when to keep him private to avoid discomfort, my own and other people's. I cannot judge bereaved parents for making those choices. In grief, we do things if and when we're ready. Here's how it works for me 20 months on, as the parent of a bereaved sibling - being the mother of a stillborn baby is uncomfortable no matter what. No matter what I decide to do or say, it will be uncomfortable for me. If I mention him, it could also be uncomfortable for the other person. I haven't figured out a way around this. And really - tough talk here - this is what I signed up for when I decided to have children. Hard, hard work. Just because I didn't know exactly what I was signing up for, does not absolve me of my responsibilities.

But there's a bigger reason why I continue to incorporate him so much in our lives, to not keep him a secret. I think about what our daughter would learn about love if I didn't, especially parental love.

What would she learn about love if one day, I were to pack up all his things, put everything away, his photos, the memory boxes, the hummingbirds, the candles, stop talking about him, stop including him in our family, and say enough with this grief shit, this "wallowing", this "self-pity". What will she learn about parental love then? That you can put it away. That sometimes love is just not possible. Sometimes it's "too hard". It ends. And if those things are true for her baby brother, could they be true for her too? Could we put our love for her away one day? Could we decide it's too hard, too uncomfortable? Are some children just unlovable? He died, and so many of the people who were excited about his arrival, who were looking forward to seeing him, who cared about our family, who already loved him, just disappeared. They abandoned us and they abandoned him. They put their love away. I don't want her growing up thinking there's something she could do that would make us abandon her. If we put him away, she would learn that parental love is conditional.

There is a pervasive message out there that we're supposed to forget the people we love who have died. Let them go. Forget. Move on. Here's what I think - we're supposed to hold on to those people like crazy. Hold on tight and never let go. Keep them close. Not let them ever truly die. The people who abandoned our family, abandoned Toren just because he died, I sometimes wonder why they did this. Less and less now but I still think about it. I wonder if they did this because they learned along the way that love is conditional. They were abandoned, they were not supported when something difficult happened to them. Do I want Toren's sister to become like that? No fucking way.

Being a parent is hard. There's just no way around it. Right now, we are the main people in our daughter's head and in her heart. We want her to be completely secure in the idea that we will love her no matter what. There's nothing she or anyone can do that can stop that. We will never abandon her or forget her or treat her like she's a shameful secret or let her go or move on from her. Even if she dies before us. This is not what we do to those we love. We hang on tightly and we never let go. 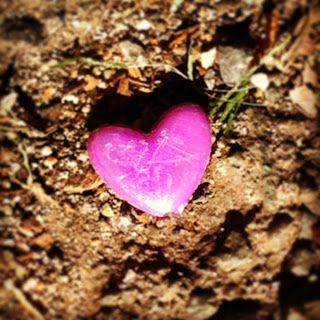