I've written before about our daughter's grief for her baby brother (A Sibling's Grief, at around 8 months in) but have been wanting to give an update.

I'm getting better at not being afraid of her sad moments. Before Toren, the standard response to her sadness was comfort, there there, it's ok. This was for things like scraped knees, hurt feelings, dropped ice cream. Now I realize, we are all entitled to our sad moments, not to have them dismissed or glossed over. It's not up to us adults to decide what's a big deal to kids and what's not. It's up to us as her parents to listen when she tells us what she is an expert in, namely, herself. I never want to do or say anything to her about her grief that people have said to me that has been totally unhelpful. I never want to try to distract her or to in any way be dismissive.

A few weeks ago, some Still Life Canada folks had a garage sale to raise money for the conference. At that time I couldn't bring myself to donate our tricycle. Toys, equipment, clothes - these things are not straightforward for me. He would be just at the age where he would be using the tricycle and riding beside his big sister on her bike. So I kept the tricycle, which is taking up valuable real estate in our jammed up storage closet. The other day I expressed regret for not donating it to the garage sale. She asked what I meant. I said, "I didn't want to let go of the tricycle because it made me sad because he would be using it, but now I feel more ready." She immediately flopped onto the floor so I lay beside her and without wanting to coach her, asked what was going on. She said, "When you said you were sad, it made me sad." I responded, "We can be sad together." It's so tempting to just try to make her feel better by saying we can donate the tricycle to another child or whatever, but when she is sad, that's right where she needs to be. After about a minute or so, she jumped up and danced away. She lives in the moment and doesn't feel doubt or guilt or anxiety or relief, like I do, when the moment has passed. She simply moves into the next moment.

Yesterday we were headed towards the library, she on her scooter, and we were talking about a little girl we know and I said that this girl is an only child. She said, "I'm an only child too!" I said that I didn't think she was really an only child because she has a baby brother, whereas this other little girl doesn't have any siblings, either living or dead. She was totally fine with this, just accepted it cheerfully. It may come up later, she may have more questions or comments, and that's fine. We stopped at one of our local fountains to throw fallen flowers into the water and she blurted out, "We can do this for Toren!" 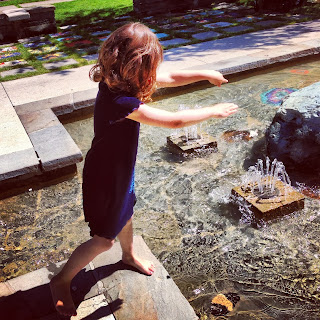 Some friends from support group had their so-called "rainbow" baby a few months ago (I blogged about rainbow babies here - The Vital Importance of Grief - also, a picture of the locket I lost!). They have a daughter who is the same age as ours and so I was nervous about our daughter seeing her friend with a new baby brother. When I showed her his picture when he was first born, she made moo moo eyes and kissy noises at the screen and cooed, "He's so cute!" About 5 minutes later: "It's not fair! Where's our baby?!" It was an opportunity to have a conversation about the complicated lives of babyloss families, about how that family is very lucky to have him, but also very unlucky because before him, her friend's baby sister died. We are very happy for them, and sad for us, and sad for them. Just before we went to Hawaii we all got together for brunch and the two ballerina fairy princess puppy girls played and flittered around together as always, swooping in to say hi to new baby brother and then fluttering off again. It was a lovely joyful time. And yes, sad too. Our babies were very much missing that day, and every day.

I bought car stickers a while back and we finally got around to putting them up. 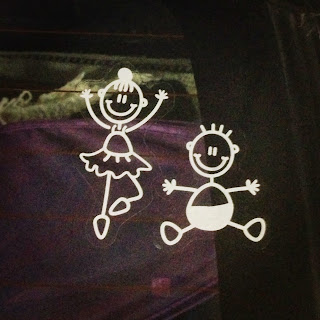 Afterwards, driving around, I could hear her singing a little song over and over. "...and Toren is my baby brother and..." I couldn't hear the rest as she was singing under her breath.

Kids express themselves through play. This morning was probably the most intense game she has asked me to play. The first thing she said when she woke up was, "Tooooorennnnnn!" Big smile on her face. I told her he would have loved to see her face every morning. She said, "Let's pretend he's here with us in bed! Good morning, Toren!" That was a tough one for me. I actually don't talk to him that often. I know lots of parents talk to their babies. The most I have been able to muster when looking at his photo is "Poor baby. What happened in there?" Then I can't go any further.

Sometimes I am given the messaging that because of her, I shouldn't really be grieving him. Sometimes it's overt, ("At least you have her.") other times it's more subtle. Children do not replace each other. We are luckier than many other families who do not even have one living child, but it's hard to feel "lucky", which fuels my guilt. I continue to feel bitterness towards the people who have abandoned her to avoid me for their own comfort, but also so grateful for the friends who continue to welcome her into their lives. Don't you wish I could just "focus on the positive"? Yeah, me too.

I've said it before - parenting two children is more than twice the work... 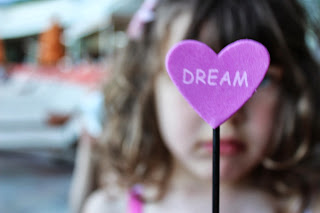