I don't know if you have internet where you are. I feel stupid wishing you a "happy" birthday when you are not here to celebrate and we all know you would want to be. Hard to believe you will have been gone from us 5 years in September. Someday they will find a cure for cholangiocarcinoma, and all these cancers, and no one will have to suffer the way you and your family have. I'm sorry your death was so hard. Your mom emailed to let us know they're going to Barcelona for your birthday this year and Kirsty and the family will be having a birthday cake, as they do every year. Your parents have been such a wonderful support to us since Toren died. It's strange to me that your mom and I have both lost sons much too soon. It's impossible for me to begrudge your parents the time they had with you because it was far too short. It's so brutally unfair. You should have had another 40 years. It sounds crazy. You should have had more years ahead of you than you got to live.

Ikuko misses you so much. I don't think she gets the support she needs. She joined a "young widows" support group briefly, but the women there were in their 50s (also too young), not their 30s like she was when you died. People say the most unbelievable shit to her, Lachlan, it would drive you bonkers. I think one of the worst is that she's "lucky" you two never had kids. It's such a cruel and ignorant thing to say. It just breaks my heart. A child would not be a cure for her grief (there is none, nor is one needed), but it would be a joy alongside her sorrow, and for all your family too. I'm so sorry you two never even got to have that conversation. To be diagnosed on your one year wedding anniversary...I don't even know what to say about that. No day is a good day to receive a cancer diagnosis, but why that day? Exactly one year before, we were all in Hawaii celebrating such a joyful occasion. Pete still has the Hawaiian shirt he wore to your wedding. And we went on that cool whale watching trip where, I think we can all be honest about it now, that cowboy zodiac captain got a little too close to the whales. It was nice to see them so close but. Not good for the whales. And he took us into that cave! One big wave would have meant serious trouble. But we got to drive by the wedding chapel and see from the water where you were married. That was pretty neat. And all the snorkelling we did...Anyway, we try to be a support for Ikuko but it's never enough. She & I talked about going to Tofino in September. Maybe Stacey & her family can meet up with us there. We went with Ikuko to Sooke last year, back to the beach where we scattered your ashes. It's where I started this blog, so thanks for that. You have always been one of my favourite writers and your writing has been a big influence on me. Ikuko & I left the group on the beach and hiked up to the other spot where we went with just your family and first opened your box of ashes to scatter. What a terrible moment that was. Also beautiful. It makes me cry to think of it now. It was such a special honour to be there with your family. I think seeing and handling your ashes made it that little bit easier for me to handle my son's. We went back and just hung out in silence, watching and listening to the waves meet the rocky shore.

I've been noticing that nobody has been referring to you as an "angel" since you died. Maybe they have and I just haven't heard it. When Toren was born, he immediately went from being a baby to being an "angel". I'm glad you got to stay "Lachlan", just you, a person, a quirky smart funny artist son brother uncle husband friend . My Nana hasn't been referred to as an angel either since she died at the age of 92, not to my knowledge anyway. The truth is that I don't think of our baby as an angel and I don't like it when anybody calls him that, but it's hard for me to correct well-meaning people. I also sometimes wonder if it makes it easier for some people to not see him as a person who died, and therefore to dismiss his life and to dismiss our grief. I'm worried that some people use the euphemism "angel" to perpetuate the stigma around stillbirth, and that maybe it's one of the many reasons preventable baby deaths haven't been eliminated, or even reduced. Angels are nice, who wants to eliminate that? Many babyloss parents refer to their babies as angels, and they should do what is right for their families. If they choose it for their own child, that's as it should be. I just wish people wouldn't presume to call our baby an angel. He was a sweet little newborn baby. He's our family member, a person who died (much much too soon). He can't speak for himself, never had a chance to grow up and decide for himself about life's mysteries. We are the closest people to him and so it is our privilege and our responsibility to speak for him.

Oh no I just burned the barley for our soup writing this! I think the pot is ruined now. Shit. Is it because I said that thing about angels?? Luckily, I don't believe in karma. Still, it was the last of our barley and I liked that pot.

Lachlan, I'm sorry I wasn't there for you more when you were dying. We got to see you in May for which I am forever grateful. We could see how hard everything was for you, and for your family. I'm glad you got to see our daughter's photo, and a video, from what Ikuko tells me. You died just under a month after she was born. It was such a shock when I found out you had died, even though you had been trying to prepare us through your blog. I was much more afraid of death and dying then. It has impacted everything. I'm playing catch up now. When Phil called us to say goodbye a week before he died, I was a little more prepared. Not that I wasn't grief-stricken - I ran to my bedroom and screamed and cried into the pillows after his brother called to tell us - but I knew that I needed to actively grieve. It wasn't until Toren died that all the defences were completely knocked down. I can't avoid grieving now even if I thought it would be a good idea (which I know now, it's not). I hope it didn't make things worse for you, my fear of death. At the time, I didn't want you to think I had given up on you. And I didn't want to say goodbye.

I have to go track down some photos now to include with this letter. And boil some macaroni for soup. Thank you so much for your friendship. It's as strong now as it was when we first became friends over 20 years ago. I know we argued sometimes and I'm sorry for that, but it was part of being friends and wanting the best for each other. I maybe didn't understand that fully at the time. The most important things about our friendship remain unchanged. I just wish we could still hang out even though, I'm sorry Lachlan but I still don't love playing hacky sack.

I love you and I miss you, my dear friend.
xo 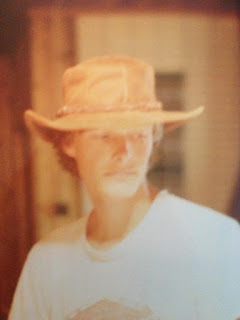 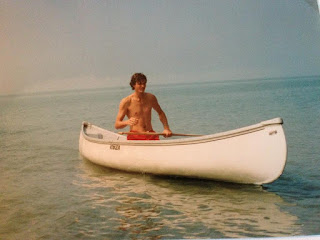 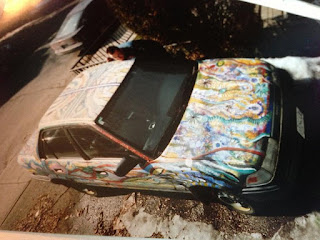 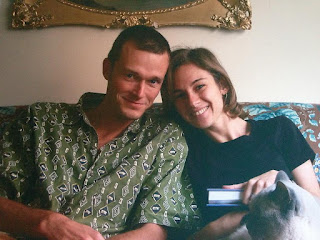 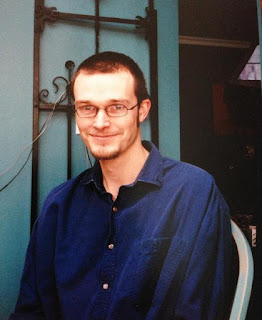 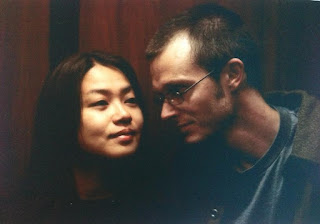