I've been following the progress of this documentary on twitter: STILL Project. The filmmakers are a husband and wife team whose daughter was stillborn 10 years ago. Their mission is to break the silence that surrounds families whose infants die during pregnancy or after birth. There is so much stigma around this topic, I feel it and live it every day, and it's so important that we start talking about it. It's not easy. I have so much admiration for people who take on public projects like this, for the benefit of everyone. Especially when they are grieving their child.

One of the filmmakers posted on their blog:


We're not here to force people to step out of their normal process of grief. STILL is simply a sign post, a small shining light in the darkness. Just a note, a reminder that we are here and we endure, survive. We exist at various stages. There are stages and growth. Losing a baby isn't final, terminal. At least it doesn't have to be. There are casualties of life and love beyond this loss. We're hoping that a kinder world may someday help minimize the destruction beyond the death.

I can't tell you what reading something like that means to me. When babyloss parents talk about healing and growth, it doesn't sound like bullshit to me. When other people try to impose it on me ("You will heal."), it drives me bonkers. We are approaching the end of our first year on this difficult path. I asked Peter the other day if he thought our lives are ruined. To hear how other parents further along not only survive but thrive, it gives me some hope. Some days I can't even manage a bit of hope. It's so important to me to connect with other families. Light in the darkness.

There is another film coming out as well called Return To Zero. It's a fictionalized account of stillbirth. When I first heard about it, I thought, No way, I'm not seeing that. I didn't want to see what Hollywood would do to families coping with stillbirth. Interestingly, the STILL Project team went to visit the set of RTZ and that makes me feel more confident that the story will be treated with sensitivity and also realism. There is an interesting blog post here by a grieving father who was on the set of the movie. He talks about meeting Minnie Driver and the compassion she showed after hearing his family's story.

Lights in the darkness.

To follow STILL Project: their fb page is here or on twitter: @STILLProject. The Return to Zero website is here. (WARNING to grieving parents - if seeing photos of pregnant women is difficult, the RTZ site has a huge banner of a pregnant woman (presumably Minnie Driver), a very closeup photo of her belly, and it's on every page. It was jarring to me at first but now I'm used to it.) 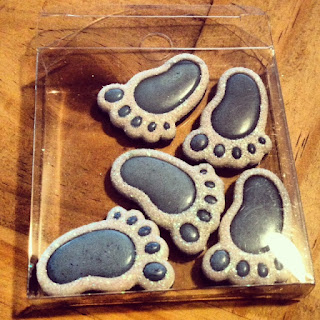