At the MISS Foundation Conference, I attended a parents' panel where bereaved mothers and fathers told their stories. The panel was a mix of families who had lost children to any cause at any age, and parents of stillborn babies were included. Indeed, the MISS Foundation was started because of a woman who had a stillborn daughter, though now they support families coping with all types of child loss. ("MISS" originally stood for "Mothers In Sympathy & Support". It started as a support group.) As the mother of a stillborn baby, to sit in the audience listening to parents of teenagers, toddlers, children of all different ages, speaking side by side with parents of stillborn babies - it was powerful.

When Toren was first born still, I didn't know how I was supposed to think of him. Was he my child? Could I still be his mother? I didn't know anything about stillbirth. I was totally, totally confused. I didn't want to be the mother of a dead baby (still don't) so I tried to reject the whole notion, but my actions did not match the incredible pain I was feeling. When you are pregnant, a bond starts to form. It wasn't just with me, Peter felt it too and so did our daughter. When Toren died just before he was born, the shock of it broke that bond in a brutal and sudden way. Unfortunately the hospital was not equipped to help us with the process of restarting that emotional attachment so that we could begin to grieve in a healthy way and feel like Toren's parents again. We have since started that process thanks to the MISS Foundation and the network of bereaved parents we have met in the last year.

When your child is stillborn, you feel the full force of what you have lost and of what is missing. But you quickly realize that the world at large does not necessarily see your child that way. They do not see your child as a child, as a person who has died. I have been told by parents of stillborn babies that people said to them that their child was "a dream" or that they "weren't ready" to be parents or that it 'wasn't meant to be". I myself have felt how painful it is to have my child's life and death dismissed with the wave of a hand and a condescending smile, sometimes by people I thought were friends. I recently read an article about stillbirth and someone commented that he didn't see the point of trying to prevent it because he thought it was "the body's way of aborting babies". Every time I read something like that, I feel like it takes a week out of my life.

The sincere compassion that the parents on the conference panel showed to each other gave me so much comfort and so much hope. There was no judgement, only love. Parents whose older children had died would say to parents of stillborn children that they couldn't imagine not having the memories they have. They seemed to get the magnitude of what parents of stillborn babies were going through. Some of those parents had seen their children suffer. Some of them had even inadvertently caused their children's death. To see those parents, so deserving of compassion themselves, reaching out to parents of stillborn children, has had a huge impact on me. If the compassion and understanding that was in that room that day could be captured  and diffused out across the planet, we could do some serious damage to world suffering.

No circumstance is a good one for losing your child. The stigma of stillbirth only adds to the pain. 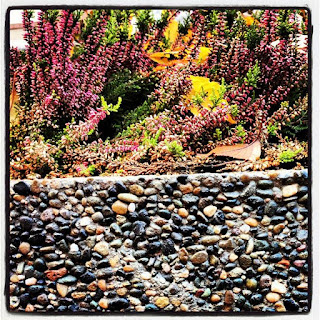