The Culture of Happy

The other day, I was reading the letters section of a magazine and the person writing said that she teaches her children that the most important thing in life is to "be happy". Be happy? Yup, I'm all for it. If I could just be happy, why wouldn't I? Why wouldn't all the people I'm meeting now who have lost a baby? Are we just being difficult? Are we "wallowing" (whatever that means)? Do we want the whole world to feel sad because we are sad? Are we against happiness??

The problem with putting all your energy into just being happy is, what happens when something sad happens? How does the advice to "be happy" help kids understand that when sad things happen, you are supposed to feel sad about it? There is a range of emotions we are supposed to feel in life and happy is just one of them. Yes it's the hands-down favourite, no question, but it's not the only one. Wouldn't it be healthier to help kids identify the feelings that come to us as a result of things that happen in our lives which are out of our control? I hate the idea of telling my daughter to Be Happy and then have her unable to cope with the difficult things in life because the idea of happiness-above-all-else is in conflict with how she's actually feeling. Why not teach people to acknowledge their feelings and to try to live authentically? I think that is the way to health and true happiness. It's like the difference between having a good time and feeling deep and meaningful joy. Yes there is room for both in life, but I think sometimes the focus on one means we diminish our chances for the other.

When we were at the Lights of Hope event for our hospital, I was caught off-guard by how cheerfully everything was presented. The woman they chose to be emcee was cheerful and upbeat to the point of zaniness. It was quite jarring for me as a newly bereaved parent. I thought to myself, We can't be the only grieving people here. Probably a lot of people donate to the foundation when the hospital is able to save their family member. For example, they played a video of a young woman who had heart troubles several months after having a baby and she had to have surgery. It sounds like she went through a frightening and painful experience. Fortunately she survived and she was in the audience so they called her up to the stage with her daughter. It was very moving and they presented her with flowers. It sounds like she still has challenges but she definitely deserves every good thing that comes her way.

And then there was us. No one is going to film our story. There is no happy ending. Our baby died and because we wanted to help him make his mark on the world, we donated in his memory and asked friends to do so as well. We very much wanted to be at the celebration, we are grateful for being included, yet it's incredibly difficult to be the grieving people at a party. Debbie Downer, anyone?? Celebration is tough since Toren died, but we always want to make the effort when we can. Even receiving the invitation was hard. It talked about kicking off the holiday season, it mentioned festivities and it had a lot of exclamation points. For our family, the holiday season is something to endure, to get through somehow. We have to figure out how to have an authentic version of festivities for the sake of our daughter. I can't believe that there weren't other people there who were only there because someone close to them died, and that being there was difficult, however much they wanted to support the hospital.

Would it have been so terrible to acknowledge that some people were only there because they suffered a tragedy and are trying to find some meaning in that? Is it so hard to say we appreciate you being here and we will do our best to honour your loved one's legacy? Would it be so bad to have a more muted invitation, or maybe a separate one for families that you know are only being invited because something sad, and maybe even traumatic, happened to the them at the hospital? Am I trying to piss on anyone's fireworks? Nope. Just trying to tap into compassion for ourselves and for other people for whom the holiday season is a challenge. I think if you approach it that way, then the celebration part can be a truly joyful celebration.

When the CEO gave his speech, he talked about hope. He had a respectful, dignified tone. Was he thinking about the sad stories that often come out of the hospital?  Maybe he's been through difficult things in his own life. Maybe he's a naturally compassionate person. Maybe he's just good at speeches. Who knows. Whatever the case, it made me want to go up to him and tell him our story. Toren's story. To tell him how great the nurses and doctors were, that their compassion cannot be improved upon, but that there are also some things that need to change and that his speech about hope truly gave me hope that we can do better for families coping with a stillbirth. I almost did it too! He walked right by me and I almost spoke to him. But I chickened out. I wish I hadn't, I wish I could have been a worthy mother to Toren in that moment, but hopefully there will be other opportunities to tell our story, express that hope, and have an impact for other families in a similar situation. 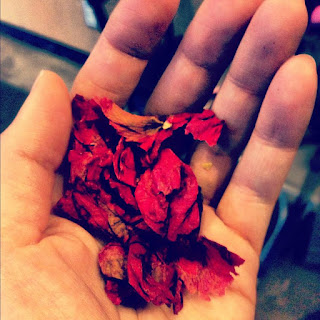