This week we attended our last support group of the year. I couldn't believe they aren't holding meetings in December, the toughest time of the year for bereaved people, but I have since found out that the facilitator is taking the month off, which she deserves. It's got to be a strange job listening to grieving parents tell their stories over and over again and to witness our tears and our anger and the reality of our lives. She's very compassionate and lets us run the show for the most part. When we go to the hospital, we often stop to look at the plaques people buy in honour of their children's births. It's a fundraising strategy for the hospital. We always look for the ones that say "In Memory Of".

It's hard to describe how the group works if you've never been to one. The facilitator always starts it the same way when there are new people, by laying down the ground rules - it's a safe place, tears are healing, no judgement about the different ways people cope. After that we do a round table where everyone tells their stories. When everyone has had a turn, the discussion just seems to happen naturally. If there are no new people, we skip the round table. One person will decide to talk about a particular topic and whoever wants to join in can do so. Then when that runs its course, there's usually a pause. Sometimes it can be quite a long pause but for me it's not uncomfortable. I'm just sort of thinking about what we talked about, or crying, or waiting for the next conversation to start. Maybe I will be the one to start it or maybe it will be someone else. Then eventually someone will start talking about something. I read somewhere that a good rule of thumb for a support group is that everyone reaches for their own tissues. When someone else hands you a tissue, it can send the message that you need to wrap things up, which no one ever intends, but it can stop the flow, not just of tears but of thoughts, storytelling, active grieving.

This week instead of the usual group, a non-denominational service was organized for people who have been attending. Poems were read and we lit candles and parents displayed mementoes and photos of their children. It was very emotional for me. I was kind of caught off-guard by how emotional it was, which is sort of dumb because it's to honour our children who have died so what was I expecting exactly? There was a couple there that we have been getting to know over the year and they brought a picture of their beautiful, perfect baby. He had chubby cheeks and looked just like his mother. He looks like he is sleeping in the photo. It was incredibly moving to finally get to see him. Another friend brought her baby girl's photo. I have only seen it a few times but it makes me so happy each time to see her. Happy and sad. I think most people's babies died this year although there was one woman there whose daughter died 10 years ago.

The presentation was a little clunky which was totally fine. They had never done it before for this group which seems incredible to me. I can't really criticize though because our own hospital doesn't even have support groups let alone a memorial service for babies who have died.

The service was in the chapel (which unfortunately is on the maternity ward (!) ) and then refreshments were served afterwards. A big topic of conversation was the holiday season. Most people there don't have any living children so there was talk of travel and of whether they would bother putting up decorations and a tree. We will be putting up a tree and doing many of the same activities but it's all going to look and feel different this year. One of the grieving mothers gave us a sparkly hummingbird ornament with a ribbon around his neck and the letter T attached. I love it and can't wait to put it on our tree.

Big thank you to dear friends who have been looking after our daughter so we can attend the group every two weeks. We know there are many people out there not getting the support they need and we feel incredibly well supported. Very lucky unlucky people. 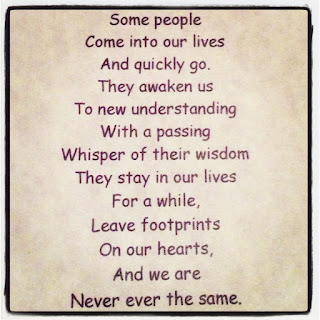 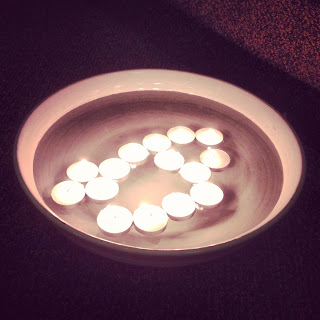