When Toren was born, all the talk was about stopping the milk from coming in. I took a drug, used ice packs and endured the kick in the teeth of producing milk with no baby to nourish. It wasn't until a couple of months later that I started thinking I wish I had considered pumping and donating it. At the hospital, no one mentioned whether we could have donated his organs and I didn't think to ask until after it was too late. Maybe the milk could have filled that role. On Mother's Day, my milk came back in. (Yes, Mother's Day. The day before we got the final autopsy report.) I have read that you can produce milk for up to a year after a stillbirth. I waited for it to go away but it wouldn't. I decided to try pumping it but I wasn't sure what would happen - would it be a fruitless effort? How much could I expect to get? Would it somehow help with the grief or would it just add to my pain? This was the beginning of the milk roller coaster.

I called the milk bank to see if they could help me. I left a detailed message explaining my situation. Three weeks later, I got a chirpy message asking if I was still interested in donating. I didn't know what to make of it. I didn't know if the person had heard my message because if someone leaves a message saying their baby was stillborn, I figure the message in return should be a bit, well, less cheerful. I decided to drop it because I was confused and frankly, I was looking for a way to drop the whole thing (a recurring theme with this story). Then they called me back and I answered. Again, the chirpy question about whether I still wanted to donate. So I asked if she had actually heard my message - I didn't know if I was dealing with an "avoider" (someone who fakes cheerfulness when interacting with a grieving person in the hopes they can cheerful their way out of feeling bad) or if she truly didn't know the story. Anyway it turns out she was just someone going through a call list and when she heard my story, she was shocked but also very compassionate. (Note to milk bank - improve your message-taking system!) We spoke for a while and I asked if they had ever worked with anyone like me. She said no, and then she said, "I don't know if we would want to put you through that." This was completely baffling to me. I called them! So who is putting me through what exactly? I told her that I wished I had done it when he was first born because it would be something I could look back on and be glad that I did it. Helping myself through helping others. She paused and said, "I hadn't thought of it that way." I decided to drop the whole thing (theme alert) and said a very sincere thank you because she had been so kind and had tried to be helpful. So that was the end of that.

But the milk kept coming. Fine. At the beginning of August I started to pump. I needed to know. I pumped once a day, in the morning. The first session, I got 2oz in 20 minutes. Excitement! Then next day, 0.5oz in 30 minutes. Disappointment. Over the next 3 weeks, I managed to get my supply up to over 2oz. Did I mention roller coaster? We went to Whistler for our daughter's birthday and I continued to pump, neglecting to figure out how I would safely transport the milk home. Luckily Pete used his keen engineering mind to fill our travel mugs with ice from the hotel and put the milk bags in there. When we got back, I plucked up the courage to call the milk bank again and spoke to the same woman. She was very excited about it too and started the screening process. She asked me some health questions, all good. She asked if I had been to the UK or two other countries for more than 3 months between 1980 and 1996. Those countries had had trouble with mad cow disease. Nope! ....oh wait. Actually, yes, I had been to the UK in 1996 for more than 3 months. They could not take the milk. Devastation. Intense, sobbing devastation. I felt like a complete f***ing loser. Again.

A supportive friend told me about Human Milk 4 Human Babies, an organization that helps donors connect with families in need. I decided to post my story on there, including why the milk bank could not take it. I mentioned that I had nursed my daughter for 13 months and that she is in perfect health. I also mentioned that the milk bank had asked if my daughter would take the milk so how strict could that guideline possibly be. I checked the site frequently to see if anyone would respond. Nothing. I saw that HM4HB had posted an "inspirational" story about another mom, one with a living baby. I read this while I was at the grocery store. Again, feelings of devastation. My offer was just sitting there like a pathetic abandoned puppy, but other moms whose babies were alive were being inspirational and getting a response. I ran to the bathroom at the grocery store in floods of tears. (Mental note - mind where you do your grief work, make sure there is a bathroom available!)

Shortly afterwards, I saw that someone at HM4HB had re-posted my offer with some very compassionate words. A few responses came in, a few "likes". Then an administrator contacted me to say my facebook settings were such that people could not send me private messages. F***ing fb. I had deactivated my account when Toren was born because it was just too intense for me (this is a recurring discussion in the online babyloss community - fb and how it adds to the grief). I had reactivated it because that was the medium that HM4HB uses. So I changed my settings, not realizing that HM4HB is not a private group. Everyone would be able to see my post. Friends (and "friends") and strangers alike started to comment and "like". It was overwhelming support, but I felt totally exposed and embarrassed. I thought only people looking for milk, and donating milk, would see it and that was already too big of an audience for what I was trying to do. Out came the tears, down went the roller coaster. And amidst the responses, nobody came forward to say they wanted the milk. I decided to just avoid the page and give up. (One ignorant person who thought they were being helpful (those people always do) commented that every child has a "specific purpose" in life. I find this completely offensive - the idea that my child's specific purpose was to die before birth so that I could provide milk to other babies. I feel too angry about it to try everyone's patience by responding to that at this time.)

At this point, I decided to try to wean. It made no sense to pump milk that no one wanted. That had its own physical and emotional component. I felt like a total failure. Can't keep baby alive in supposedly the safest place for babies. Can't stop the milk. Can't donate it. As a consolation, I decided to send the milk out to sea, like scattering ashes.

Then the roller coaster started to go up, towards a better view. Someone emailed saying she was having trouble producing milk for her newborn and the baby could not digest formula. Because of the way fb is set up, I didn't see her email right away. It was in a folder called "Other". Messages and Other? What the? Why not just put all the messages...ok never mind. I could write a brick about fb. We exchanged emails and then we spoke on the phone. She was so incredibly compassionate and listened to me tell my story. I could imagine her frustration at not being able to produce milk for her baby. There was no time for her to pick it up before we went to Arizona for the MISS Conference, so we decided to touch base when we got back. Back and forth, weeks passed, and then yesterday they came. Blissfully happy parents, gorgeous squirmy baby. I showed them Toren's photo. I wish I could say I was the picture of grace and poise and was able to hold baby Valentina and enjoy her perfect babyness. It's still hard for me to be around babies. The mom emailed this morning, worried she had offended me and made me sad by bringing her baby. She said she hadn't thought it through and it didn't hit her until afterwards. Not having Toren here with us makes me sad. Having to show people his picture, instead of being able to introduce him, makes me sad. People having an authentic connection with me makes me happy at a very deep level, where it counts. And I am floored when it happens with complete strangers. These parents clearly have big open hearts and that is a wonderful thing. We are both moms who love our babies and are just doing the best we can with a difficult situation. Yesterday it was clear to me that the gratitude was flowing in both directions.

If I encounter grieving moms who are considering donating their baby's milk, I will be able to tell them my story. It's not straightforward or smooth and parts of it are really hard. But there are babies out there who need milk and mothers who are looking for outlets for their grief and ways to find meaning in their loss. It's a shame that I was not able to connect with this family sooner because I would have continued to pump and could have given baby Valentina more. Maybe someday, milk donor organizations and technology can all work together to make it easier for grieving moms who want to donate, and families who need milk, to help each other.

I did save a couple of ounces of Toren's milk to mix with some tears and send out to sea when I feel ready.

ps. if you are nursing a newborn and you have a good supply of milk, please consider donating, either to a milk bank near you, or through HM4HB. 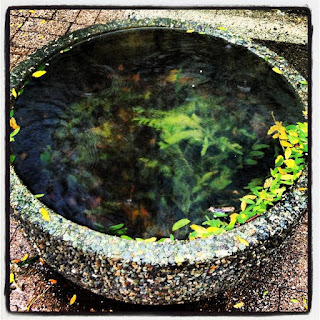