This morning at our daughter's ballet class, a family showed up with their newborn baby. I see this woman every weekend and I feel bad that I haven't spoken with her, but it's very difficult for me to meet new people now, especially new people who are heavily pregnant. When I saw them arrive, I felt a terrible feeling in my stomach.  It really doesn't make you feel like a good person when seeing someone else's new baby, and the aura of joy that surrounds that, makes you feel horrible. At the beginning,  it seemed to be mostly dads who had brought their kids to class so there was no reaction to this new baby. But eventually, the moms started to converge to admire and coo.

After class we bumped into a dad we are acquainted with in the neighbourhood and I decided to show him Toren's photo. He said, "Aw, so cute. How old is he?" I felt sure that he knew our story but I'm learning that people forget. Or maybe he never knew, who knows. When I told him what had happened, he said, "So sad..." and was very sympathetic. I said it's been a tough year. He asked when Toren was born. When I said January 6, he looked at me sort of stunned and said, "Both our kids were born on January 6. Two years apart." Pretty incredible coincidence. And it would have made a fun story if Toren had lived. So the day our son was stillborn, another family was celebrating a joyful double birthday. I don't know where to put that. Happy for them, devastated for us. I guess I won't bother inviting them to Toren's memorial service since they will be very busy that day.

Afterwards we took our daughter for a snack and it all came flooding over me and I started to cry. She asked, "Mama, why are your eyes wet?" I said I'm sad because I miss Toren and she said me too and got tearful as well. I suggested we have a hug and asked her if she wanted to dry my tears for me. So I gave her a tissue and she dabbed my eyes...which made the tears flow even more! Well, it was still a nice moment. I'm glad I don't always have to hide the tears from her. I think it's important for her to see that sometimes, and for us to share all our feelings as much as possible, not just the happy, easy ones.

Just spotted a headline that a train hit a school bus in Egypt and at least 47 kindergarteners were killed. My first thought -- after holy sh** -- was "...and wah wah wah I had to see someone's newborn baby at my living daughter's ballet class." Why do any of these things have to happen. I don't understand any of it. 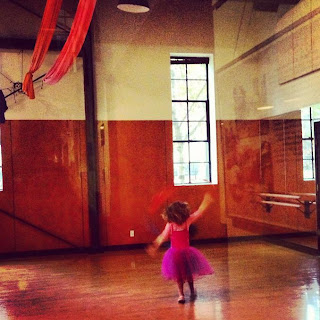