One day a few months ago, a wave of grief pounded me harder than any had up until that point. I was debilitated with crying and thought it would never stop. I felt pain on a much deeper level than I had ever felt before and all I wanted to do was lie on the floor and never get up. I thought eventually the tears would stop, they would dry up, and I would turn into dust and just blow away. I think I was reaching a deeper level of attachment and the grief was reflecting that. Then suddenly I thought, "We will be together again." It was the only thing that made a dent in the crying that day.

I'm not a religious person. I was raised in a religion but moved away from that in my teens. Since then, I have thought of my spiritual life as very personal and totally particular to me. No set of rules or buildings or figures could ever represent how I feel about my relationship to the universe, Mother Nature, God, the gods/goddesses, or whatever you want to call it. I find it hard to picture a literal afterlife, where I would actually be holding my baby again. But in that moment, that is the thought that helped me.

Since that day of desperation, I'm back to my more usual way of thinking. I don't think we will literally be together again in the way we would have been if he had not died. I'm sad about it, but also fine about it. I do believe we will be together in a way that's connected to the natural world. This is where ashes come in. I think to myself that once we scatter his ashes, he will be returned to the earth, and the same will happen to me when I die and my ashes are scattered. I started to stress a bit at one point because his ashes are in a plastic bag in a box on my dresser - what if they never make it back to the earth?? I told this to Pete and he asked if I would like his ashes mixed with mine. It's a relief to have this question settled.

I never thought that thinking about death and ashes would bring me any kind of comfort. But it has. My baby & I were a part of each other physically, and we will be so again one day. 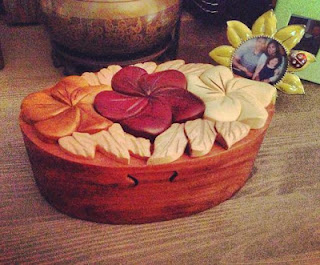